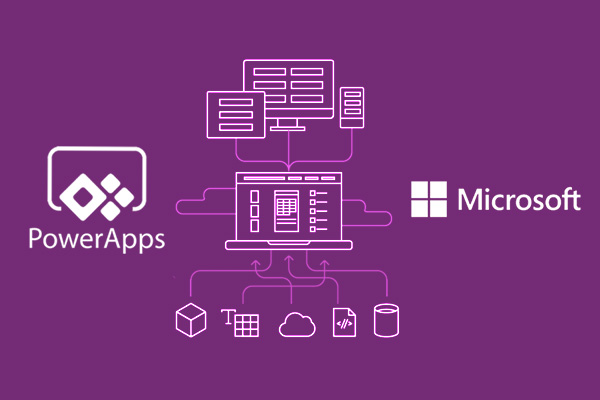 Since it’s introduction in 2015, Power Apps has streamlined dozens of organisations spanning almost every industry. The app gives businesses the power to easily create their own apps through easy-to-use, low-code software. The app can be used for many purposes and has been utilised by major companies internationally to simplify and centralise operations.

Popular health and beauty brand Priceline is one of many Power Apps success stories. Business Leaders within the organisation require key metrics for analysis and interpretation to gauge the success of campaigns. Their previous system of reports being run from a physical location with data being held in multiple places proved inefficient and resulted in reports looking different from store to store. There was also a time delay, with managers having to wait overnight for data to be compiled. By the time the reports were put together, the data was no longer up-to-date or relevant.

Priceline decided to embrace Power Apps as a solution to their time-consuming process. The Heart in Hand app developed using Power Apps streamlined the reporting process and solved many of the issues with the previous system. Data is pulled from each individual store and centralised to the app in real time. Key performance indicators are then easy to access and analyse. Priceline Business Leader James Matson is persuaded that “Power Apps had a lot to offer even to the most experienced developers.”

The infamous Heathrow is one of the busiest airports in the world and employs an astounding 76,000 people. Many of these are front line workers whose job makes the difference between an easy flying experience and a hard one. Employees such as Samit Saini can recognise where problems occur and have a unique perspective on how best to solve them.

At the introduction of Office365 to Heathrow, Samit saw an opportunity to use Power Apps to streamline the security process. He had previously used a ‘language book’ that identified items that are and are not allowed on planes in various languages. With Power Apps easy-to-use interface, he created an app that did the work of the ‘language book’ – but better, faster, and cheaper.

After the success of the app, Samit was promoted to a position created especially for him, in which he oversees IT solutions. Since, 30 apps have been released to streamline almost every aspect of airport operations. Not only have these apps saved an approximate 950 working hours and 75,000 sheets of paper but they have also led to promotions.

Samit has high praise for Power Apps and how easy it is to use, saying that “With Power Apps, it doesn’t matter what your skill levels are.”

One of the most obvious benefits of Power Apps is that it’s easy-to-use interface empowers employees to create apps themselves, with no need for third-party developers. Not only does this allow problems to be addressed pointedly by someone with a singular perspective, but it is also a cost saver. This was an upside for Toyota when they introduced Power Apps to their team.

Toyota understood that generally the best person to solve is problem is the person experiencing it; they have fostered a culture of creative problem solving that has led to the development of over 400 apps - with no sign of slowing down. Although there are controls so that the company avoids unnecessary development, Toyota’s support for their employee’s use of Power Apps has saved hours and increased efficiency.

All three companies serve as models for how Power Apps can fundamentally transform how an organisation runs and operates. Power Apps empowers employees to use their unique perspective to solve problems – cutting down on third-party costs in the process.

This post is adapted from articles originally posted to the Microsoft blog, accessible here. Learn how to use Power Apps on our courses running nationwide. To get a handle on the basics of Power Apps, we recommend our beginner course.