What Developers do in Isolation
Bert Brown Jul 16, 2020 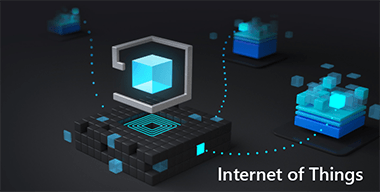 Microsoft Azure provides cloud services for businesses to build industry-leading solutions with a hosted IoT application platform. IoT is an abbreviation of the "Internet of Things", which simply put, refers to a system of computer devices that transfer data to one another without the need for human interaction.

With so many people around the world still under some form of lockdown or quarantine, one can only imagine how developers have used their extra time to take advantage of Azure's IoT platform. Read below to find out how a little ingenuity and creativity combined with Azure's IoT platform may be the future of living. 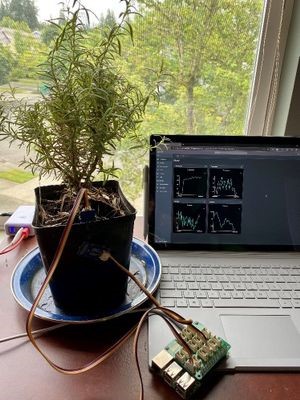 Anyone who owns plants knows they need constant care, so Jim Bennett's agrohack might be the greatest invention to date.

Jim combined a Rasberry Pi and a Grove moisture sensor to know when his plants need a drink. Data is sent to Azure IoT central and sent back to an LED light on the
pot which tells Jim when to water the plants. Maybe the most impressive part is this data is then compared to official weather forecasts, and if it's due to rain that day, Jim knows he doesn't need to water his plants. 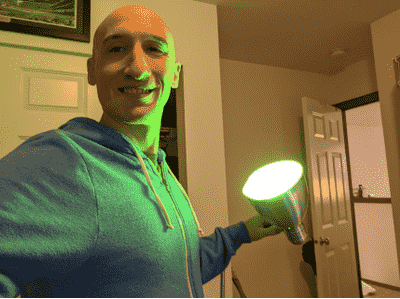 Isaac needed a way for his family to know when he was on an important Teams call (we've all seen those nightmare conference calls). With the help of IoT, he was able to create a light outside his office door that would alert his family to his "availability status". You know those little green, red and orange status lights in Teams? Isaac was able to create a .NET core app connected to a light outside his door which let his family know his Teams status. 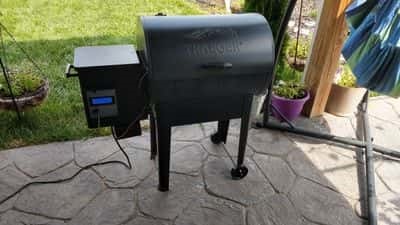 When faced with the dilemma of keeping his BBQ temperature constant for a five hour smoke, Cam Soper decide to leverage IoT, Azure App Service, Azure Relay and Azure Bot Service
to automatically adjust the temperature. He even used the internal CPU thermometer of his Raspberry Pi to ensure the device doesn't overheat from the BBQ or get too cold when it snows!

Whether you are a developer or not there are always ways to use technology to make life easier!