Within a few years of its release, Microsoft’s Project became the dominant PC-based project management software. In 2019, Microsoft launched their cloud-based version of Project and continue to roll out new features and updates. Let's take a look at some of the new additions to MS Project in 2021. 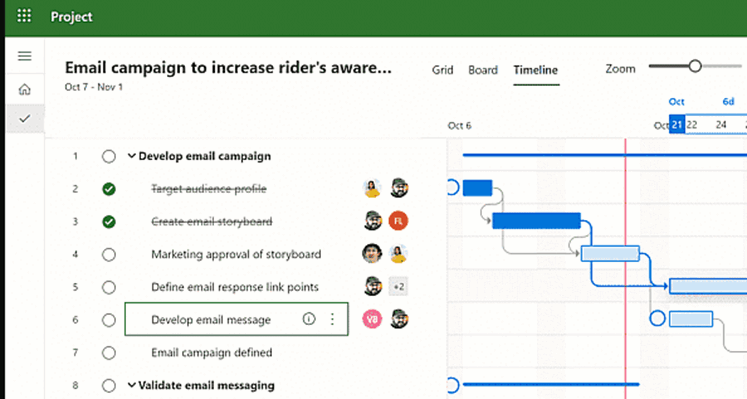 A new quick look column can be added in the grid to see which tasks have attachments and notes at a glance. This reduces time trawling through the entire grid.

Relevant materials, such as files and links, can be attached to tasks. This gives context to a task and avoids confusion.

Stay on top of your tasks with a new email notification feature that lets you know when you have been assigned a new task.

Sharing your project just became much easier with the ability to export your timeline into PDF format to share with those outside of your project team.

Find specific tasks more easily using the new filter feature. You can now filter by keywork or assignee to stay on top of your tasks.

You can now assign tasks to non-team members, given they are still within your organisation. This will make them a team member and give them access to the OneNote, files, and more so that they can ascertain context.